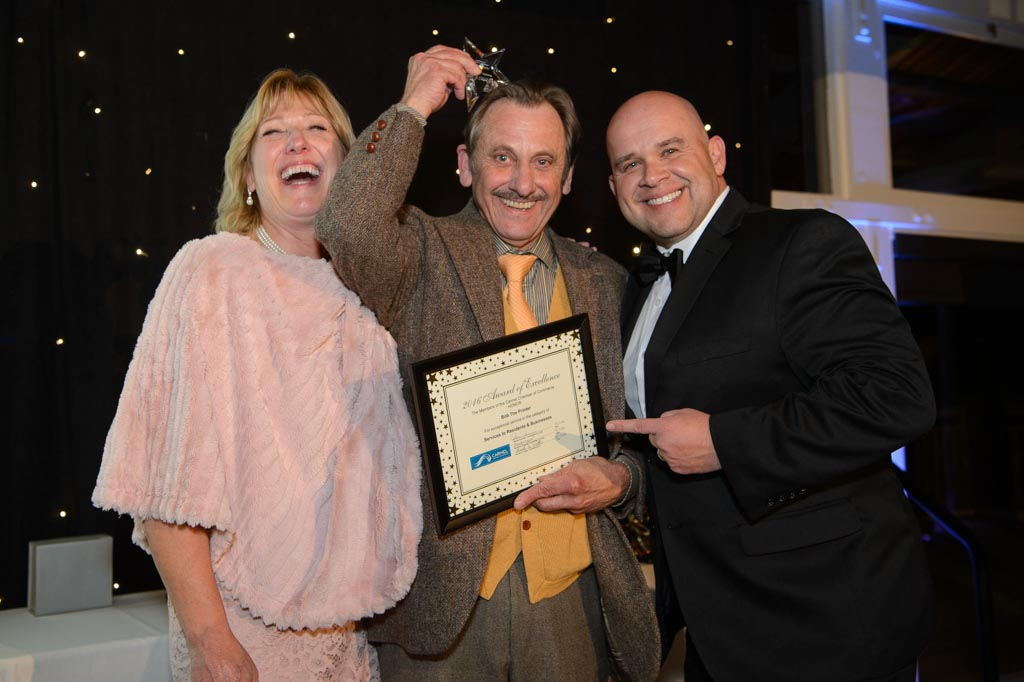 “Services to Businesses & Residents Award” by Carmel Chamber of Commerce, 2016 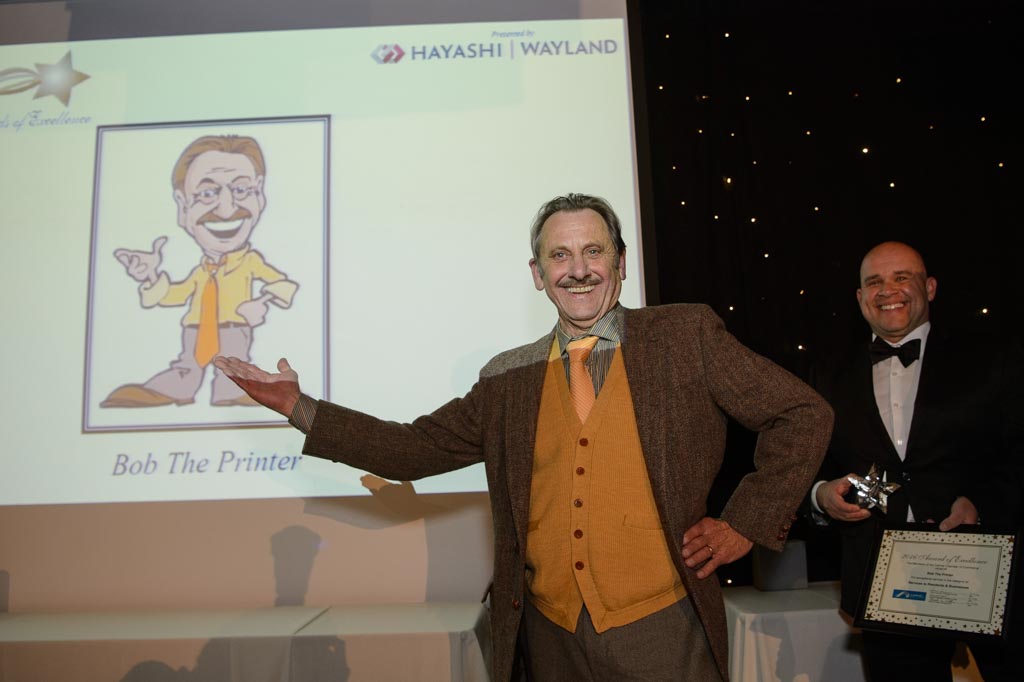 “Services to Businesses Award” by Monterey Peninsula Chamber of Commerce, 2015

If you’ve ever stayed in a hotel in Monterey County, you’ve likely seen the work of Bob the Printer.

Glossy brochures, stationery, and even “Do Not Disturb” signs are all the work of the moustached man who wears a yellow shirt and an orange tie, just like the caricature on his business card.

At least, that’s the outfit he wears on Fridays. On Mondays, he’ll most likely don a green shirt and a red tie. Such are the habits of Bob Lippi, prolific printer, and well-kept secret weapon of the local hospitality industry.

Lippi, a 53-year-old Seaside resident and owner of a printing business, was honored recently by the Monterey County Hospitality Association as the standout professional of 2005.

At first glance, it might seem surprising that a printer would play an integral role in the lives of tourists.

And it might even be hard to see why a printer would care about tourists all that much or volunteer for more than 20 years with the association, flipping burgers for hospitality workers at special events and serving on an assortment of the association’s committees.

But his connection to the industry was always clear to Lippi.

“My bosses never understood why I did all of this,” Lippi said. “I’m giving back to the community I’m profiting off of…. It’s like my big Italian family.”

Lippi’s relatives first arrived on the Central Coast from Italy in 1884, the same year the Del Monte Lodge was built. His father moved to Minnesota during the Depression, so Lippi returned every other summer to this area as a tourist.

In 1981, he came to Monterey to stay — and has made it his objective, say several hospitality association members, to make the area enjoyable and easily accessible for tourists and those who work with tourists.

“He’s just a super guy who always says yes to any project, any committees, any event,” said Murietta Bain, who with her husband owns Fandango Restaurant in Pacific Grove, one of last year’s Hospitality Professional award winners. “And he says yes with a smile on his face.”

“He is such an advocate for us in his everyday job and life,” said Bonnie Adams, executive director of the Monterey County Hospitality Association. “And he does that daily, continuously and with enthusiasm.”

Lippi worked for three local printing companies before starting his own (Bob the Printer) in 2002. At his home in Seaside, overlooking the whole of Monterey Bay, he thumbs through page after page in a portfolio of pieces he has produced for hotels and other clients.

All the while, he’s sharing pieces of trivia about the area’s 125-year-old tourism industry — how fog drew visitors from the Central Valley, where the newest golf course will be and how local hotels have focused on conserving water, recycling and other eco-friendly practices in the past decade or so.

Did you know, he says, that this is a major bird watching area? He rushes to his phone which has been split open into pieces — a bell, some wires and a number pad — and spread across a framed canvas, sprayed with paint.

He’s calling a friend who runs a bird watching business in Elkhorn Slough.

“This is Bob the Printer,” he says.

And off Lippi goes.

© 2018 Bob the Printer. We strongly discourage you from copying, archiving, mincing, storing, capturing, harvesting or using any of the information, data and designs from this website in any way except in connection with use of the site in the ordinary course of doing business with Bob the Printer.

Mobile version: Enabled
Back to top